The area peaked in 1910 with the development of the Statesman and Pioneer Tent & Awning Buildings. The last major historic building constructed in the area was the 1917 Fraternal Order of Eagles Hall.

Before the turn of the century, Grove Street was the finest principal residential street in the city with numerous elegant homes such as the former DeLamar Mansion (originally built by C.W. Moore) and the Lafayette Cartee home. Natural hot water was provided to the area by the Artesian Hot & Cold Water Company in 1891.

In 1891 the Boise City Rapid Transit opened one streetcar line on Main Street with a passing track in front of the Belgravia. For five cents, one could take the streetcar out Warm Springs Avenue to the Natatorium. Main Street was later paved in 1897.

A unique gift was made to the area on March 7, 1916, when Crawford W. Moore gift-deeded two lots on the original townsite behind the Belgravia for a children’s park. The park conveyance was used on the specific condition that the said premises shall be used solely and only for a playground and park for children and for no other purpose whatever. The lots were in the area included the Empire Theater, now Idaho Blueprint, and the existing magnificent 1927 Ada-Egyptian Theater.

The Basque community has provided a cultural heritage to Old Boise with the presence of rooming houses, churches and meeting places. The 1885 the Aquirre Building, formerly the Star Rooming House, served as one of the main winter residences for Basque shepherds. The building at one time had a large pelota court (similar to handball), that was a favorite game of the Basques. Basque culture continues to be prevalent at the recently remodeled Basque Museum & Cultural Center at 6th and Grove Streets.

The Old Boise area remained stable up until the 1950s, when it began to take on a neglected look. Over the years, many of the buildings were unsympathetically remodeled and new buildings, without the architectural character of the older structures, intruded into the district. Numerous seedy bars and pawn shops on Main Street added to the area’s decline.

Fortunately, preservation-minded new owners began to see the unique character of the district, and in 1973, the wooden Star Boarding House was handsomely restored, along with the Winery Building. In 1974, Joan Carley purchased the Pioneer Tent and Awning Building and undertook a major renovation that has changed the spirit of the area to one of preservation of its old buildings and to the development of a specialty shopping area of unique shops and restaurants. A number of other renovations have occurred and others are planned for what is now the largest group of historic structures in Boise. The area was strengthened in the ’80s when the “Old Boise Historic District” was named to the National Register of Historic Places. 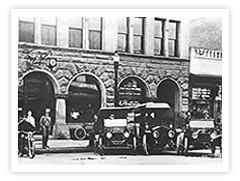 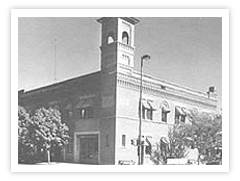 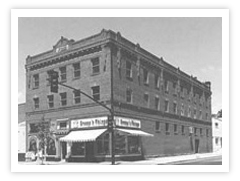 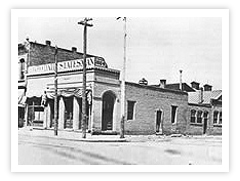 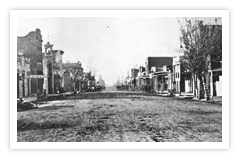 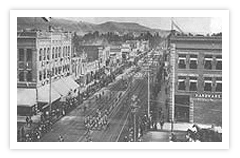 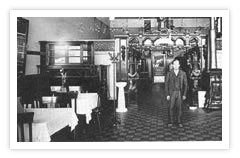